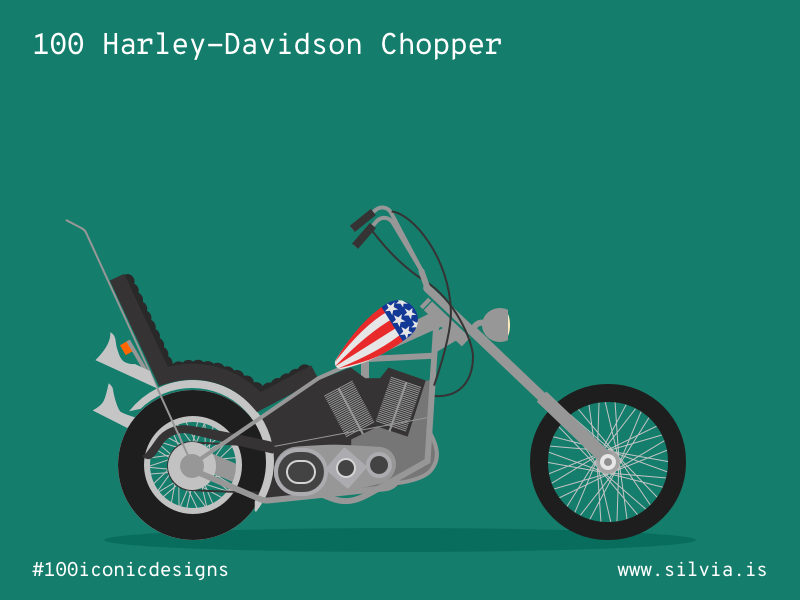 A chopper is a type of custom motorcycle which emerged in California in the late 1950s. It is perhaps the most extreme of all custom styles, often using radically modified steering angles and lengthened forks for a stretched-out appearance. Despite their poor ergonomics, choppers became a symbol of the west coast subculture and then gained world attention mostly due to the success of the film Easy Rider, featuring two Harley-Davidson choppers.
Source: wikipedia