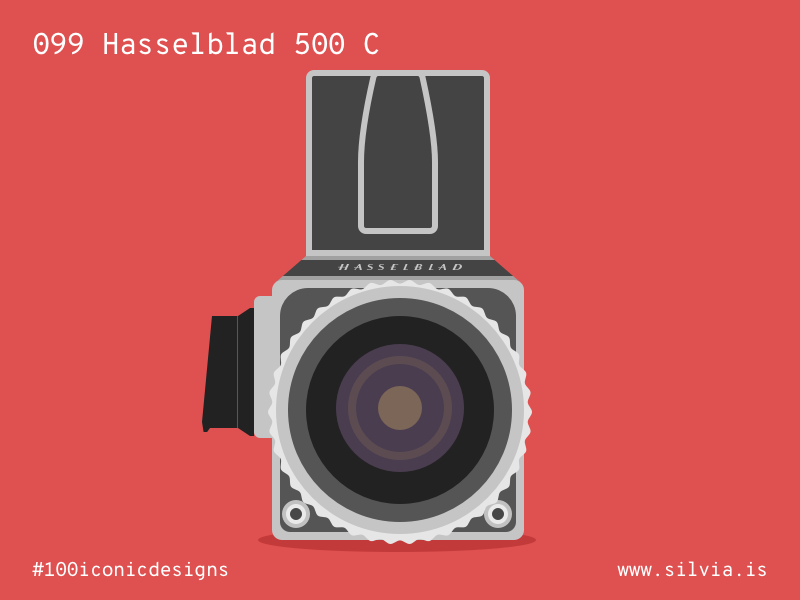 Produced by Hasselblad from 1957, 500 C is a high quality medium format camera. It became a turning point for the company and set the base for a standard that has been used in Hasselblad cameras up until 2013. Model 500 is also famous for being the camera used by NASA for their space program. It is in fact the camera that took pictures on the Apollo missions, most notably Apollo 11 with the landing on the Moon. Thanks to the collaboration with NASA, Hasselblad had a chance to accelerate the development of the product, for example by introducing a model driven variant, called 500 EL.
Source: wikipedia