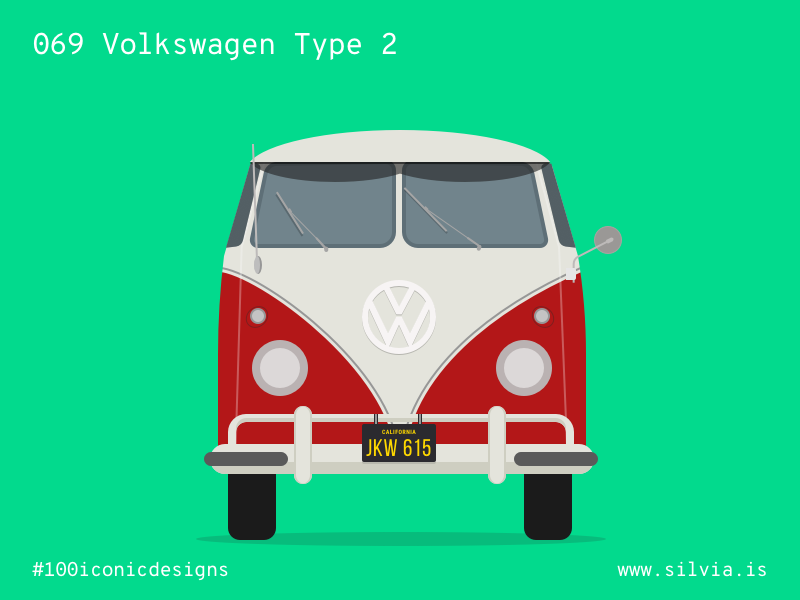 Volkswagen Type 2 is a van introduced in 1950 by the German Volkswagen as its second car model. Following – and initially deriving from Volkswagen’s first model, the Type 1 (Beetle) – it was given the factory designation Type 2. Like the Beetle, the van has received numerous nicknames worldwide, including the “microbus”, “minibus”, and, because of its popularity during the counterculture movement of the 1960s, Hippie van/wagon, and still remains iconic for many hippies today.
Source: wikipedia