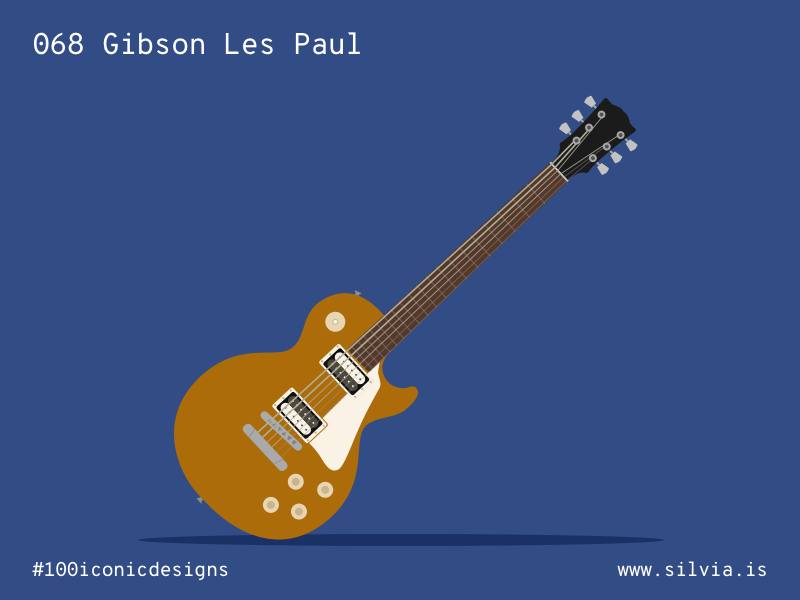 Gibson Les Paul is a solid body electric guitar designed by Gibson president Ted McCarty, factory manager John Huis and their team, along with guitarist/inventor Les Paul for Gibson Guitar Corporation in 1952. The Les Paul has been continually produced in countless versions and editions since. Along with Fender’s Telecaster and Stratocaster, it was one of the first mass-produced electric solid-body guitars. Due to their versatility, Les Paul electric guitars have been used in a wide range of music genres, including rock, country, pop, soul, rhythm and blues, blues, jazz, reggae, punk, and heavy metal.
Source: wikipedia