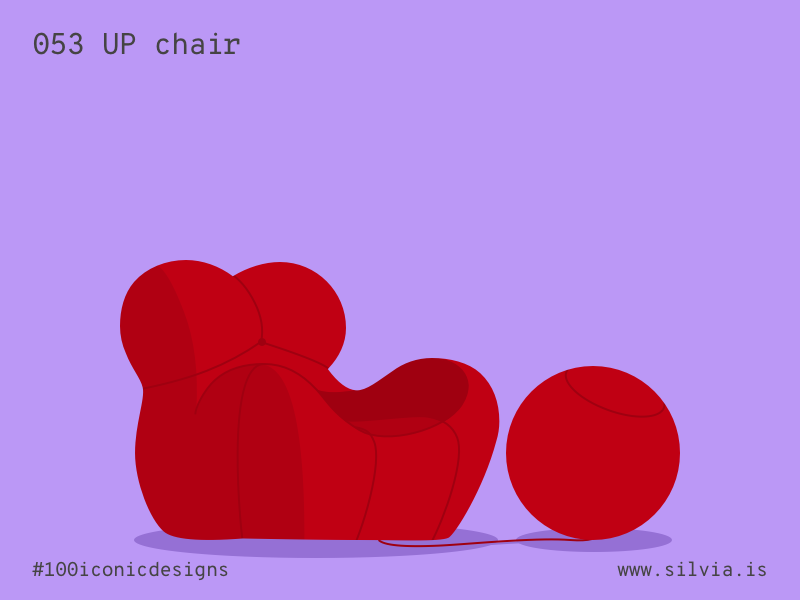 UP is a series designed by Gaetano Pesce and produced by C&B since 1969. Being Pesce a famous exponent of radical design, his products have often other meanings than the mere functionality of the object itself. The chair UP5 (in this illustration together with UP6) represent a mother’s body and the feeling of reassurance and nurturing. Bound together by a cord to UP6, it represents the weight of responsibility and it appears as a criticism of women’s role in society.
Source: wikipedia