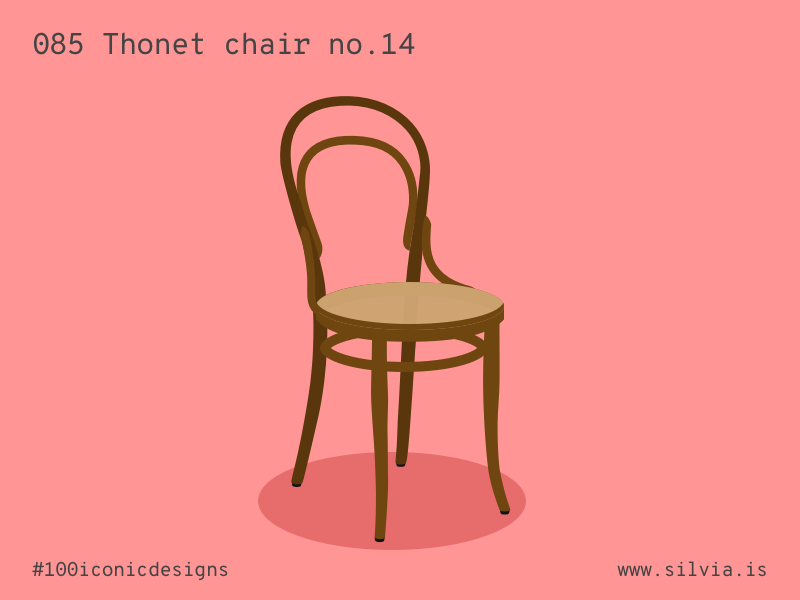 Designed by Michael Thonet and produced since 1858 by Gebrüder Thonet, the chair no. 14 features steam bentwood and an optimized design with as few parts as possible. It is, for its affordability and simplicity, one the best selling chairs ever. Only between 1859 and 1930, 50 millions exemplars were produced, and the same model is still in production today.
The chair won several prizes, among which a gold medal when it was shown at the 1867 World Exposition in Paris. It has been praised by many designers and architects, including Le Corbusier, who said “Never was a better and more elegant design and a more precisely crafted and practical item created.