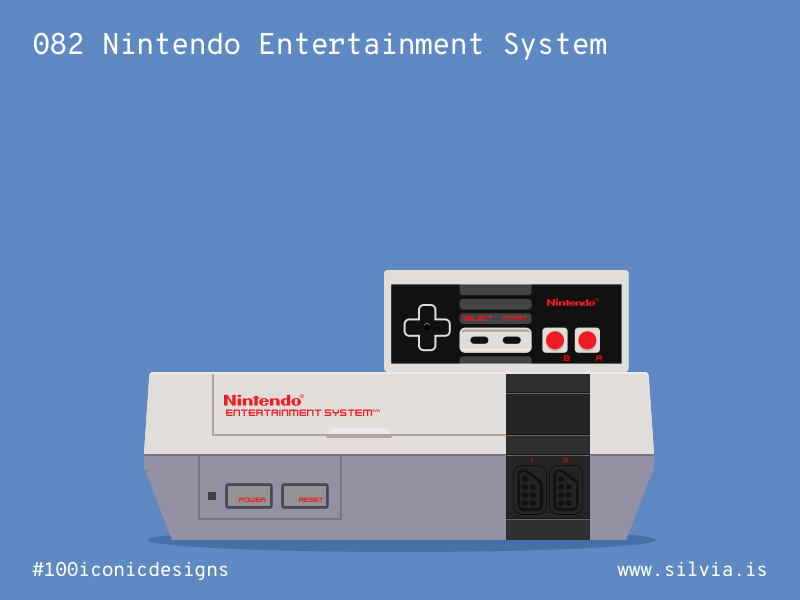 The Nintendo Entertainment System (NES) is a 8 bit game console produced by Nintendo from 1983 to 2003. It was first released in Japan with the name Famicom (shortening for Family Computer) and after an initial hardware problem the console gained huge success. By 1990, 30% of American households owned the NES, compared to 23% for all personal computer. In November 2016 was the launch of a miniature replica of the NES, which included 30 pre-installed classic games and HDMI adapter to connect to a modern tv.
Source: wikipedia