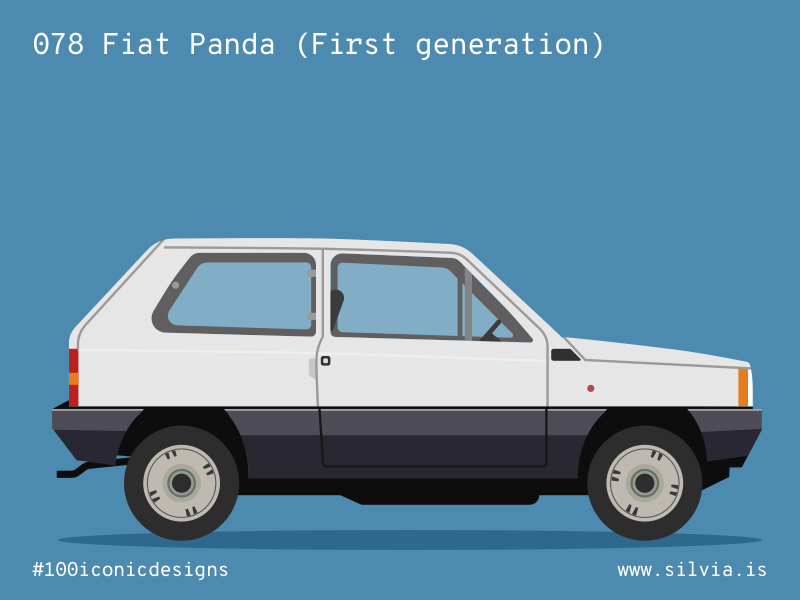 Designed by Giorgetto Giugiaro in 1979 for Fiat, it was meant as a cheap, easy to use and maintain utility car.
It was available with two different engines at first, but later on more were introduced as well as different small facelifts.
For the first generation, its total production run of 23 years makes the Panda one of Europe’s longest-lived small cars, especially common in Italy being Fiat an Italian car manufacturer. Although the first generation is no longer in production, the Panda brand has continued to live and new generations have been released.
Source: wikipedia