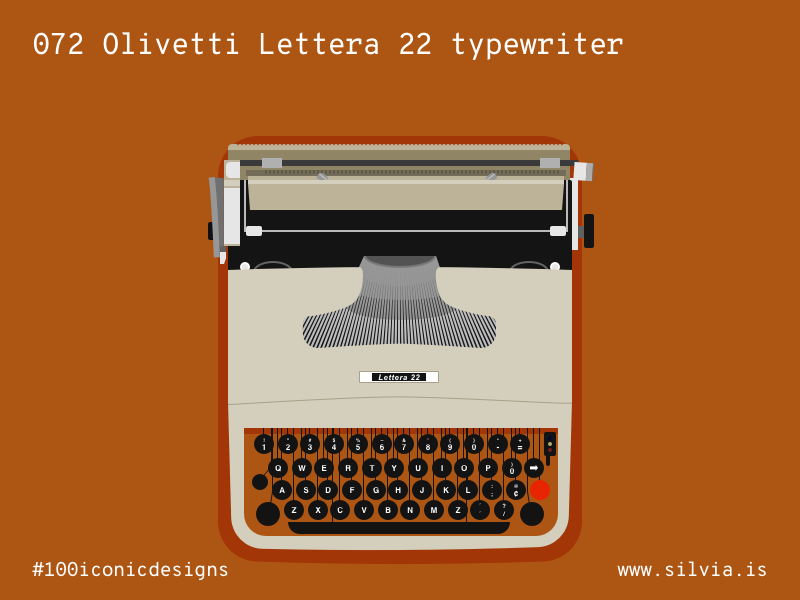 Lettera 22 is a portable typewriter designed by Marcello Nizzoli in 1949 for Olivetti. It was awarded the Golden Compass (Compasso d’oro) prize in 1954. In 1959 the Illinois Institute of Technology chose the Lettera 22 as the best design product of the last 100 years. The novellist Will Self, poet and singer Leonard Cohen and actor Tom Hanks have expressed use and ownership of this typewriter.
Indro Montanelli, the famous Italian journalist and newspaper director, used his Lettera 22 almost everywhere: a monument – inspired from a famous photo of him taken in the 1950s – in a Milan’s public gardens Giardini Pubblici Indro Montanelli is dedicated to him and to his Lettera 22.
Source: wikipedia