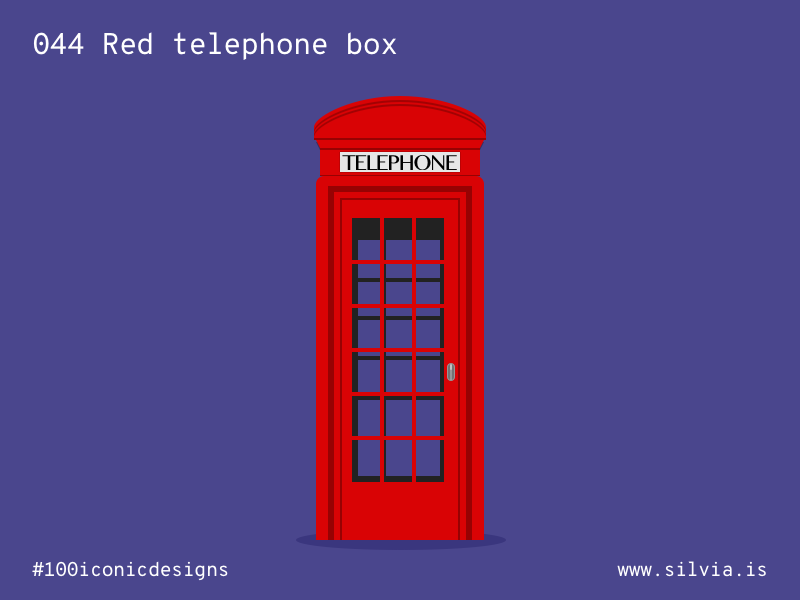 The red telephone box, a telephone kiosk for a public telephone designed by Sir Giles Gilbert Scott, was a familiar sight on the streets of the United Kingdom, Malta, Bermuda and Gibraltars. The red phone box is often seen as a British cultural icon throughout the world.[1] In 2006 the K2 telephone box was voted one of Britain’s top 10 design icons, which included the Mini, Supermarine Spitfire, London tube map, World Wide Web, Concorde and the AEC Routemaster bus. Although production of the traditional boxes ended with the advent of the KX series in 1985, many still stand in Britain.
Source: wikipedia